The History of Alarplasty Nose Surgery

129 years ago the following words started this miracle called Alarplasty. These are the words of Dr. Weir describing the first patient to ever undergo Alarplasty (nostril reduction surgery).

‘The operation was done with most gratifying success. The nasal prominence at the tip, particularly the unsightly portion in the otherwise fairly straight nose, was diminished, and the patient’s mental relief was correspondingly great for a time.

However, at the end of a couple of months, with the aid of incessantly looking at himself in the glass, he arrived at the conclusion that something more should be done to his nose-this time that the slightly increased breadth of the nostrils should be remedied. This was very readily accomplished by an incision along the curve made by the attachment of the nose to the cheek, and there slicing off a small beveled portion of the nose and re-uniting the divided edges by sutures.’

It is my privilege to promote ‘Alarplasty’ as an independent stand alone procedure. Since 1892 this procedure has been thought of as an adjunct to rhinoplasty. Dr. R.F Weir in 1892 reported it for the first time in humans. I say that because alarplasty in some form has been performed on dogs for a long time as well to help with breathing issues.

In humans it never got promoted. Part of the reason is that initially cosmetic surgery was only for the rich and famous and also because of ethnic differences. Earlier rhinoplasties were done in Caucasians and typically the alar width was not an issue and there was no need for alarplasty. As the socioeconomic status of the ethnic groups improved over time, they developed interest in cosmetic surgery.

One of the things unique to ethnic groups especially Africans is the wide nostrils. A lot of these patients wanted to get their nostrils narrowed but surgeons were unwilling to perform it or were not trained adequately to do it. Many were told that they need a full nose job. There was a lack of standard terminology as well. The very first name was ‘Weir excisions’ after the surgeon who introduced it in 1892.

Over time different names showed up as ‘Alarplasty’, ‘Nostril Narrowing’ and ‘Alar Base Reduction’. It was not easy for most surgeons to figure out the best terminology let alone the general public. It seems that ‘Alarplasty’ is becoming the standard word as it is more scientific in nature. The Latin word ‘Ala’ means ‘Wing’. Because of the flare of the nostrils they appeared as wings on the sides of the nose. As it was incorporated into plastic surgery it took the form of ‘Ala (nostrils or wing) – Plasty (repair or restoration of a part or function). Hence the final and the most appropriate term ‘ALARPLASTY’

My personal journey evolved as I did my first Rhinoplasty at ‘Yale-New Haven Hospital’ in 1997 under the supervision of one of my mentors, Dr. Mike Willett. As part of that rhinoplasty we did a small alarplasty. As my carrier was developing I came across some African American patients who had large nostrils. It became clear to me that conservative small alarplasty that helps a Caucasian nose will not suffice. I started doing larger excisions and realized that it is a technically challenging procedure and demands the same respect as a rhinoplasty. I have been performing this procedure in my own practice for 20 years with great results. I continue to learn and improve my results.

I would like this website to be an evolving hub of ‘Alarplasty’ in terms of knowledge, patient information and any technical developments over time. As such, I welcome any suggestions, comments by patients and surgeons alike. I truly believe that together we learn faster.

Ala is the medical word for the sides of the nostrils and alarplasty is nose reduction surgery. In some patients the nostrils can be wide or prominent. This appearance can be exaggerated on smiling.

The nostril reduction surgery involves removing some of the excess tissue from the sides of the nostrils where they attach on the cheek. Use of this technique allows for the scar to be well hidden.

It is a quick procedure but has to be done in a very conservative and precise manner. Removing too much nostril tissue can be devastating for nasal breathing and the aesthetic appearance. Some suture techniques have been described that cinch the sides towards the center, thus narrowing the nostrils.

My Approach: For alarplasty, I like to take out a triangular wedge from the side of the nostrils and leave a 1mm area of the nasal groove skin untouched. This allows preservation of the natural nose and cheek groove (alar groove) and helps camouflage the incision.

For more information on nostril reduction surgery or to schedule an appointment, contact us toll-free at 877-JANJUA1.

Our location in Bedminister, NJ is within a convenient distance from Morris, Hunterdon, Somerset County, New Jersey, and Philadelphia and New York. 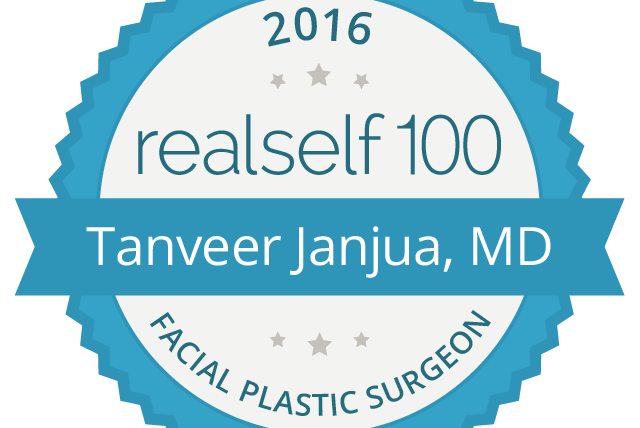 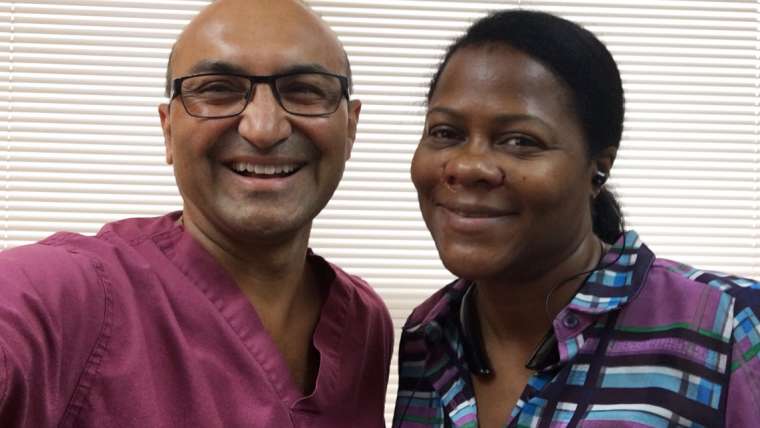 From Oakland to Bedminster: Pursuit for the #1 Best Nostril Reduction Surgeon

GET A FREE CONSULTATION